There is this local shop where I love to go. In the weekends, we mostly visit local markets where we buy tasty organic food. And we love local beers and peated whisky. But there is a specific shop, just around … Lees verder →

I met them at bootcamp via our friend Tiny. A great Japanese couple who lives in Holland since 5 months. It’s awesome to meet people from other cultures. That’s one of the big advantages of Amsterdam where people from different … Lees verder →

It all started when I visited Peter and Katy in London during the celebration of New Year 2011. Peter is a Dutch friend who did a traineeship in London and has stayed there ever since. It is also the place … Lees verder →

Getting older is not really my happiest thought! But time is running fast, and stopping the clock will not change that. So I am moving forward and decided to simply get over my birthday. Some of my best friends and … Lees verder →

Marriage comes with a lot of benefits. I will write a blog about my wedding but for now, I just share my experience of one of the biggest surprises from our friends! They gave us an amazing dinner voucher for … Lees verder →

Our local Baywatch babe
When I was young I did a lot of sports. I used to play soccer for 6 years at the local soccer club (RKSVN) in the village where I was born. My position was that of the attacker.  And then there was the moment that I learned to swim. At first I hated to do the water splashing, but after a few months I loved it. One day, I even played a swimming match but unfortunately my competitors where much stronger. We were lucky that the local outdoor swimming pool (as well as my soccer club) was just across our house, and it was easy to climb over the fence and jump into the pool, or play soccer with my friends. It was an awesome time. Because the lifeguard (our local ‘Baywatch babe’) also used to be my babysitter, we enjoyed some privileges. I remembered that she once allowed us to swim with our dog. That was really amazing. No worries, it was one of the last days of the summer season and the swimming pool was about to be closed until next summer. Besides all this, I also did a lot of running. And when we used to live near the sea for some years, I also started with wavesurfing. It’s a pity that the Dutch waves are not as good as those in, for example, Portugal. 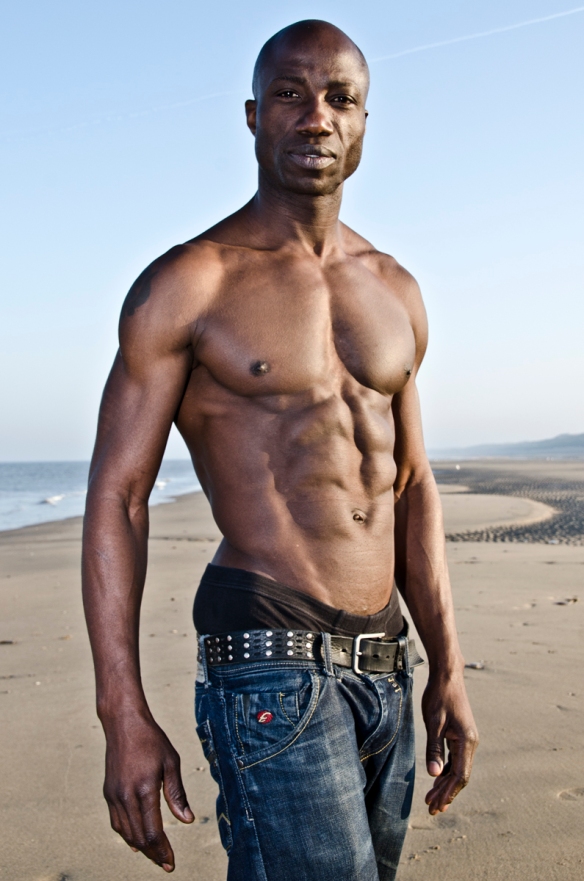 Kick fun
When I sport, I give more than 100% of myself. Sport is a way for me to completely release myself (same goes for partying). Two years ago, I was persuaded by my wife to join a Kickfun lesson from Dominique at our local gym. Kickfun is like kickboxing, but then on a kick bag instead of a person. Since then, I am hooked. Dominique is a big dark guy with a lot of positive energy and a very good heart! And every Monday and Wednesday, he pushes us beyond our limits and even more… “JAB JAB CROSS! HOOK, HOOK, HOOK! BODY, BODY, BODY! ROUND HOUSE! FRONT KICK! SIDE KICK! PUSH UPS!” My wife and I became good friends with this good fellow!

Two-hour-try-out boot camp
Dominique is starting up his own personal training business. He gives trainings in various gyms in Amsterdam, in people’s homes and, if you like, even in the park. Because he is setting up his own training program, he asked me to do a two-hour try-out boot camp session, which we did last Saturday. Check out the parts that I filmed! The day after, however, my body was suffering a lot of muscle pain. But it was awesome, and I am looking forward to the next session!

Thank you Dominique and thank you I Chu for checking my English text!