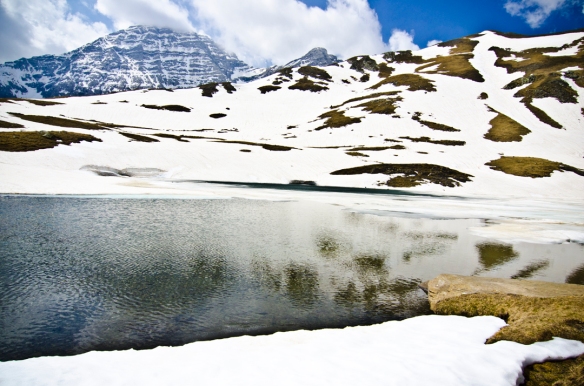 Enthused by the descriptions of our “Rother Walking Guide (Pyrenees 2)” we chose for a walk around the lakes of Col des Espécières (2.334 m). We could not reach the starting point (parking) as the road to it was blocked because of melting snow. But we insisted to do the walk as planned. We parked our car next to the roadblock and walked from there to the starting point at the ‘Col du Tentes’. Although our path was often blocked by large masses of ice and snow, we still succeeded to reach the first lake: “Lac des Espécières”. It was still half-frozen, but the view was amazing. We climbed further to the top of Col des Espécières. There was more snow blocking our path. At one point, we even had to use our hands to climbs over the rocks. When we approached the top, a two-meter high wall of snow finally marked the ‘end’ of our path. Sadly enough, we were forced to return at that point, on the same path back. Nevertheless, it was a beautiful first impression of the Pyrenees region.

Restaurant Breche the Roland.
After our first impressive walk, we searched for a place to eat. In Gèdre, we passed Hotel/Restaurant Brèche the Roland (65) by chance. We were pleasantly surprised with a great menu, including ‘potage Garbure’ (soup), duck breast, salad, lamb stew, trout, a chocolate and caramel dessert. We thought this place was excellent. On top of that, we had a stunning view from the terrace. The service is outstanding too! We would rate it with an 8+. After our lunch under the sun, we drove a bit further, to “Hount de la Lahue” (between Bareilles and Gite d’Etape at the Plateau de Saugué) through a scary, small road. We made another small walk there, with (again) great views on the surrounding mountains. In the far distance, we saw a huge waterfall: “The Grande Cascade”. Around us, many small water streams gently find their way down. It’s a very peaceful and quiet environment. What a great end of the day. 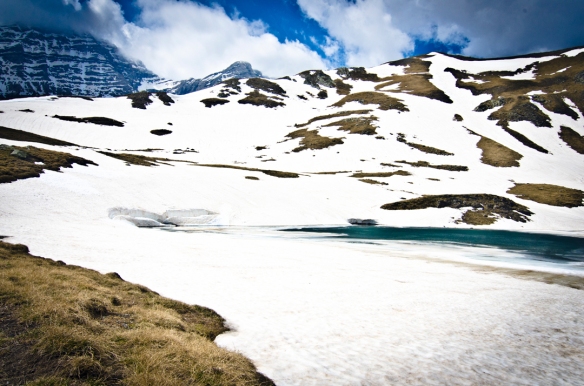 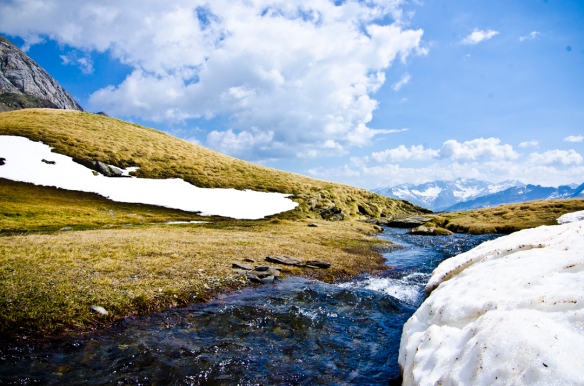 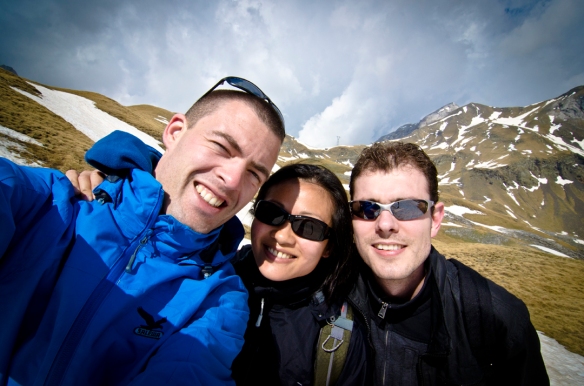 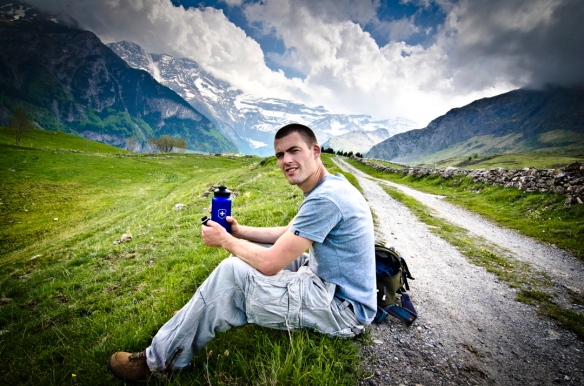